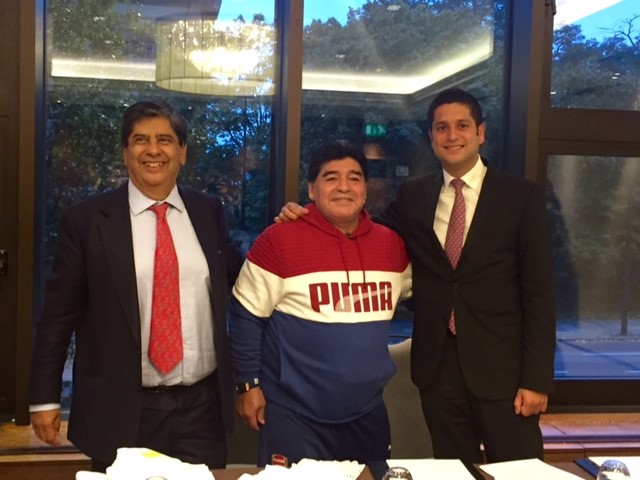 Senior Partner of Zaiwalla and Co Sarosh Zaiwalla had the honour of meeting football legend Diego Maradona in October 2015 when Maradona’s manager attended the Zaiwalla & Co offices for a meeting, at which Mr Zaiwalla was presented with a football signed by the entire Real Madrid team. Mr Zaiwalla thereafter was privileged to be invited for a personal meeting with Diego at the Intercontinental Hotel in London where they discussed Diego’s interest in supporting an English Charity, of which Mr Zaiwalla was a trustee, which works to create opportunities for homeless children in the UK and Europe to learn and to play sports. Mr Zaiwalla pays tribute to Diego Maradona in light of his sad passing, remembering him as a kind man who had many supporters. May his legacy live on.