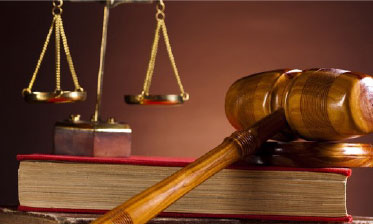 Does Interest Accrue On Sums Owed To A Sanctioned Entity?

In July 2019, the High Court of England and Wales gave judgment in the case of Ministry of Defence and Support for Armed Forces of the Islamic Republic of Iran (“MODSAF”) v. International Military Services Limited (“IMS”).

The dispute arose out of two contracts concluded in the 1970s, prior to the Iranian Islamic Revolution pursuant to which IMS (an English company majority of which is owned by the UK Ministry of Defence) agreed to supply Chieftain tanks and Armoured Recovery Vehicles to MODSAF. The contract itself was terminated on 6 February 1979, creating a dispute between the parties as to the balances payable.

This led to two ICC arbitrations, the initial one commenced by MODSAF in 1990 and the second one by IMS in 1996. In May 2001, the ICC tribunal rendered final awards in both arbitrations. The ICC tribunal gave an award in favour of MODSAF in the first arbitration (“7071 Award”) and dismissed IMS’s claim under the second arbitration (“9268 Award”). 7071 Award was subject to later applications and adjournments pending a decision from the Hauge and the Supreme Court of Netherlands. IMS was eventually ordered to pay MODSAF £127,651,823 plus costs and as part of its claim MODSAF seeks interest at LIBOR +0.5 from 28 July 1984 to the date of payment.

On 24 June 2008 and prior to a payment being made to MODSAF, the MODSAF was subject to sanctions imposed against Iran by EU Council Regulation 423/2007 (presently Regulation 267/2012 (“Regulation 267”)). The parties agree that the sum due under the award cannot presently be paid to MODSAF as MODSAF still remains under sanctions. IMS argued that MODSAF is not entitled to enforce the interest component of the 7071 Award in respect of the period from the date of sanction listing of MODSAF.

In order to facilitate payment, MODSAF made an application for a licence under Article 25(a) of Regulation 267 to enable payment of sums due under the Awards to the Central Bank of Iran (“CBI”). The CBI had been delisted as of 16 January 2016. IMS does not accept that this licensing route is available to MODSAF and the outcome of the licence application was unknown at the time of the judgment.

The ultimate question was once sanctions imposed upon MODSAF are lifted and payments are permitted, will IMS have to pay interest on the amounts that it owes under the arbitral award for the period since MODSAF became a designated entity in 2008?

Phillips J, in his judgment conducted a careful consideration of Articles 38 of Regulation 267. Article 38 provides that no claims made by sanctioned entities, in connection with any contract or transactions, the performance of which has been affected by the Regulation, shall be satisfied.

MODSAF raised various arguments against the applicability of Article 38 such as that the original dispute and Award pre-dated the imposition of sanctions and that the claim was not arising out of a contract or transactions whose performance was impacted by the Regulation. The English Court did not agree with this.

The English Court concluded that the protection provided by Article 38 extended to the payment of interest accrued on an arbitration award while the debtor was sanctioned.  The Court agreed that although the existence of the claim may not have been based on the sanctions, its content (insofar as it concerns interest) did result from the sanctions. Therefore, MODSAF will not be able to obtain interest on the pending award since, 24 June 2008.

This judgment does not impact the Award and any accrued interest on the Award prior to 24 June 2008. The question of actual payment of the award will remain an issue between the parties.

In conclusion of his decision, Phillips J made a direct reference and provided judicial comfort to the position stated in the OFSI’s “Financial Sanctions Guidance”. In this Guidance OFSI had earlier stated “If a court has ordered a judgment in favour of a person subject to an asset freeze, under EU regulations, and there are no licensing grounds to allow the payment to be made, the third party cannot be made subject to any further liability (such as accruing interest) for their non-payment while the sanctions continue to apply”.

The guidance clearly indicates that it cannot issue definitive information on how courts may interpret laws. However, this reference clearly highlights the importance of guidance provided by OFSI for commercial parties and that commercial entities should continue to maintain effective sanction policies to prevent a direct or indirect payment to a sanctioned entity without the existence of the appropriate licence. It is noteworthy that as shown in this case, the OFSI can take an extensive and unpredictable amount of time to decide over licence applications.

Although this case concerned the application of restrictive measures on Iranian entities, most EU economic restrictive measures contain equivalent provisions. This includes restrictive measures imposed on Russian, Syrian and Venezuelan entities. Similar provisions are likely to continue after Brexit for which a comparable sanction regime is likely to be created under Sanctions and Anti-Money Laundering Act. Provisions similar to Article 38 are particularly likely as they provide comfort to UK based businesses who would find themselves in a difficult position due to imposition of sanctions on foreign entities.

The reasoning adopted in case included a careful consideration of the wording, the objective and purpose of provisions included in the regulation. Provisions similar to Article 38 concern private relationships whereas most restrictive Regulations as a whole primarily concern interstate issues. Although the judgment provides reasonable comfort in similar cases, each case concerning an applicable provision under a restrictive measure will need to be thoroughly considered based on its surrounding facts.