Contractual Dispute Boards - Why major arbitration institutions are getting behind these flexible routes to dispute resolution - and why they might be right!

Once a construction lawyer develops an understanding of ‘how things are done’, there is always a risk of them becoming suspicious of change. New ideas start to look more like potential disruptions to the status quo rather than opportunities to improve. Change is the only constant however, and with that in mind at its 10th Annual Middle East and North Africa (MENA) Conference on International Arbitration last month, the International Chamber of Commerce (“ICC”) set its sights firmly on overcoming the reluctance of construction lawyers to advise their clients to agree to the appointment of standing Dispute Boards (“DBs”).

The effort was certainly not wasted. Legal advisers from around the world agreed during discussions that it was a standard practice for legal advisers automatically to delete the DB provisions in the most popular contractual templates for international construction agreements, including those of FIDIC which is the most widely used form of construction contract internationally. It emerged that in most of these cases, the deletion was the consequence of uncertainty about this relatively new form of dispute resolution, rather than any negative experience of the process.

The rationale behind DBs is simple. Large-scale construction contracts tend to throw up numerous disputes over the term of the project, and time and money is often wasted appointing experts or arbitrators to determine them as they arise. Would it not be better to agree who will decide disputes before they have arisen, and keep those people appointed in that role for the whole of the contract period? This way, the people charged with deciding disputes will always be ready to make quick and cheap decisions without any arguments about who they are and how they should be appointed. So long as the contracting parties have made reasonable efforts, the DB members should be up-to-date with the details of the project and in a position to deliver swift and correct decisions.

The ICC's standard Dispute Board Rules provide flexibility for parties by envisaging different types of DBs. Dispute Adjudication Boards (“DABs”) resemble an arbitration tribunal, delivering binding ‘determinations’ on disputes which must then be complied with immediately. However, parties have been encouraged to embrace the more conciliatory format of Dispute Review Boards (“DRBs”) which are seen as better fitting within a modern constructive approach to dispute resolution. DRBs assess the dispute and look to assist the parties to resolve it without a ruling. If this is not possible, the DRB will make a ‘recommendation’ about the answer to the dispute. Following a DRB recommendation, either party has 30 days to escalate the dispute to formal arbitration, failing which it becomes binding. Statistics are not available given the confidential nature of contractual dispute resolution, but anecdote and common-sense suggest that the party in whose favour the DRB’s recommendation was made would go into any arbitration subsequent arbitration on the same dispute with a strong advantage. This helps to reduce the instances of disappointed parties refusing to accept recommendations.

The ICC’s Rules also provide an idealised middle ground in the form of Combined Dispute Boards (“CDBs”), which can function as both a DAB and DRB. CDBs in most cases act as a DRB, but the parties can request a binding determination of any issue instead of a non-binding recommendation. If the parties have previously agreed to it, the CDB may take its own decision about whether a recommendation or a determination is needed.

The governing principle of contractual dispute resolution will always be that the parties are free to decide any procedure which suits them. However, with word spreading that state-owned entities in the MENA region are beginning to insist on the appointment of DBs for their contracts with international construction organisations, the tide may already be turning. 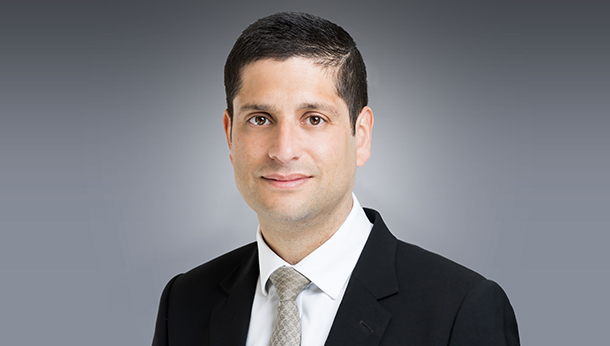