This article was originally published in The Law Society Gazette and can be accessed here.

Akhmedova v Akhmedov [2021] EWHC 545 (Fam) has received wide public attention due to the high value of the divorce, luxurious descriptions of assets involved, and details of a family drama that has drawn references to classic literature from English judges. The different international jurisdictions involved in enforcing court orders has also attracted notice.

The dispute began in 2013 when Ms Akhmedova petitioned the English court for financial relief from Mr Akhmedov. English courts have a particular approach to asset division and financial claims, which seeks to enable the parties to meet their financial needs. Two years later, Mr Akhmedov filed his ‘Form E’ to establish his financial standing for the purposes of asset division.  The schedule of assets set out the total value of assets at £1,092,334,626.

Following the court’s usual approach, on 15 December 2016 Mr Akhmedov was ordered to pay Ms Akhmedova £453,576,152. This was reportedly the largest award ever made in UK matrimonial proceedings, representing 41.5% of his identified assets. The order also set aside transactions conveying assets into Bermuda trusts, which was found to have been intended by Mr Akhmedov to avoid his wife’s claims. Several days later, it granted a worldwide freezing order against Mr Akhmedov and ordered him to pay Ms Akhmedova a lump sum of £350m and transfer certain property to her.

Further issues arose in the context of enforcement proceedings in different jurisdictions, particularly the Isle of Man and Dubai, to enforce the December 2016 order against corporate interests of Mr Akhmedov. Attention was focused on the superyacht ‘Luna’, previously owned by Roman Abramovich and then moored in Dubai.  Although legally owned by a Liechtenstein company, the English High Court later established that it was beneficially owned by Mr Akhmedov. On 8 February 2018, Ms Akhmedova obtained a freezing injunction in the Dubai International Financial Centre against Mr Akhmedov and a related company named Straight, which prevented them from disposing of or dealing with Luna.

Ms Akhmedova’s position in the Dubai proceedings was supported by further proceedings issued in the English court in 2018 to join Straight as a separate respondent. The applicant sought to ‘pierce’ Straight’s corporate veil to evidence her ex-husband’s attempt to conceal ownership of assets through offshore intermediaries. Piercing the corporate veil is a concept that has developed in company law litigation whereby the court may, in exceptional circumstances, disregard a company’s legal personality as separate and distinct from its shareholders. In Akhmedova, Haddon-Cave J considered the ability of English family judges to use the doctrine in family proceedings, as they ‘do not occupy a desert island in which general legal concepts are suspended or mean something different’. The High Court applied the doctrine to pierce the corporate veil and look behind the companies to the actions of Mr Akhmedov. The judge accepted Ms Akhmedova’s arguments that Mr Akhmedov was using the companies as ‘mere nominees’, and they held the assets on his behalf as the beneficiary; and one of the companies had been incorporated solely to transfer the ownership of Luna, and as such was being used to frustrate enforcement of the court’s earlier judgment against Mr Akhmedov.

The court found that certain corporate entities were merely the ‘alter ego’ of Mr Akhmedov and should be joined to the proceedings as separate respondents, as Mr Akhmedov hid part of his assets, including Luna, through offshore asset structures.

Unfortunately, the Luna saga appears far from over. In August 2020, the Dubai Court of Cassation held that the English court order is unenforceable in Dubai under sharia law. Thus, Ms Akhmedova was compelled to move to yet another jurisdiction for enforcement, the Marshall Islands, under which flag the yacht is registered. In May 2021, the Marshall Islands’ court, in turn, ruled that the matter should be decided by Dubai courts.

In parallel to the above-mentioned proceedings, on 17 July 2019, Ms Akhmedova also issued a without notice application in the English court, successfully seeking relief in relation to a substantial cash and securities portfolio (containing at least €650m):

The joinder of two Liechtenstein trusts that were found to hold assets previously held in a UBS portfolio. When making the decision in favour of the applicant on this application, Mrs Justice Knowles took into account the timing of the transfers and the fact that there was no other sensible explanation for the transfer of the trusts and securities made at those relevant times;

A without notice freezing injunction to prevent dissipation of the cash and securities portfolio;

Directions for the determination of her substantive claims to review or set aside fraudulent transactions.

The procedural history of Akhmedova demonstrates the flexibility of the English system in arriving at fair decisions in divorce cases using a range of resources and legal tools in support of litigation. This case is also a reminder of the court’s ability to secure worldwide assets to support proceedings in different jurisdictions, and judges will take a practical view as to enforcement abroad. For example, when piercing the corporate veil in Akhmedova, the High Court noted that the judgment may assist the parties to persuade a foreign court to recognise and enforce English orders. This combination of flexible legal instruments and the practical, open-minded approach of English family judges will enhance the reputation of England and Wales as a jurisdiction for divorce proceedings.

While the Family Court’s approach has much to commend it, a question arises as to whether these decisions can create unhelpful precedents. English jurisprudence outside the family law context has been consistently conservative when it comes to piercing the corporate veil. There is room for discussion as to whether a decision of an English family court could be relied upon in later separate civil proceedings against one or both divorced spouses by a creditor looking to establish liability against an individual spouse. 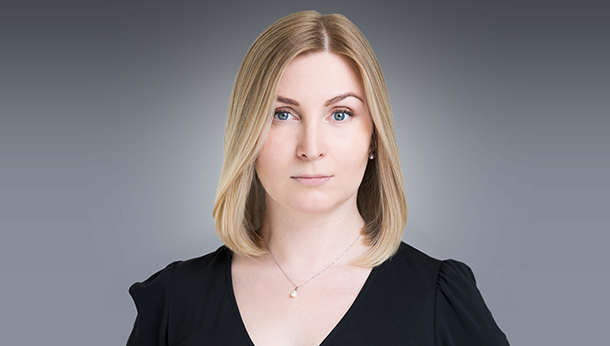