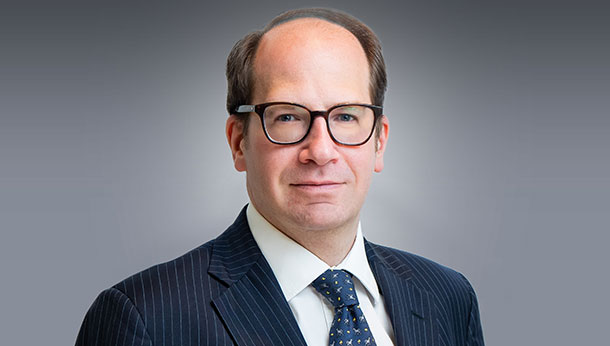 Energy remains at the heart of 21st-century global economy. In exploration and production (upstream), oil companies faced a difficult period following the oil price collapse to $30/barrel. But things are changing. According to the latest report from the International Energy Agency, upstream oil and gas spending in 2018 rose by nearly 4% to $477 billion.

The rise, primarily attributed to the partial recovery in oil prices, has been further driven by a shift to shale gas and projects which have shorter construction periods. Despite the Paris Agreement initiatives to combat climate change by gradually decarbonizing the global economy, the impetus to reduce fossil fuel consumption is sporadic: The IEA expects oil and gas spending to rise to $505 billion this year.

Meanwhile, long term demand seems set to rise inexorably. Another IEA report found that by 2040, the global demand for energy is expected to grow by 25%. This anticipated consumption will require oil investments to continue since they cannot be met exclusively by renewable energy resources. In recent years, China and the United States have been the biggest markets for energy investment closely followed by the European Union.

As an emerging force in energy, sub-Saharan Africa also has much to offer. Nigeria is the continent’s leading producer of oil and has the second largest oil reserves, followed by Angola. Respectively, they are the 13th and 14th largest global oil producers, the list of which also includes Sudan (and South Sudan), Equatorial Guinea, Republic of Congo, Gabon, Cameroon and South Africa.

Although these markets offer attractive opportunities to international investors, they also present elevated risk profiles as destinations for inbound foreign direct investments. Apart from issues such as the lack of transparency and difficulties in doing business generally in most of these countries, the rule of law is not widely respected in many of these countries, creating uncertainty for international investors.

Despite these, and the inevitable financing and compliance risks, investors should not shun potential investment in the region. There are ways in which these risks can be mitigated and managed, and dispute avoidance and resolution practitioners are increasingly called upon at the earliest stages of a potential investment to advise on risk mitigation strategies.

By far, one of the most prevalent strategies is the incorporation of arbitration clauses in contracts and agreements. Where possible, investments are also increasingly being structured so as to secure protection under bilateral or multilateral investment treaties. Those treaty rights can also, typically, be enforced through international arbitration as part of a process more generally referred to as investor state dispute settlement.

The use of international arbitration to resolve commercial disputes is not new. When disputes arise, there needs to be a pre-agreed mechanism to resolve them. This is all the more so in an international context where investors are reluctant to resort to local courts and, perhaps unsurprisingly, arbitration is particularly well suited to, and has largely become the default form of, dispute resolution for cross-border disputes in Africa.

When deciding upon the terms of an arbitration clause to include in an agreement, there are a number of factors to consider. Key among these will be the “seat” of the arbitration. The actual proceedings do not necessarily have to take place in the same place as the seat — the arbitral tribunal can decide to conduct its hearings in any place convenient to the parties. However, the seat of the arbitration will dictate certain mandatory rules of law that would apply to the arbitration, and the national courts at the seat also typically exercise a supervisory role in accordance with national arbitration legislation. This includes potential applications to set aside an arbitration award after it has been made.

ICC statistics suggest that most institutional African disputes (over 90%) have London or Paris seats. The 2018 International Arbitration Survey of the School of International Arbitration, Queen Mary University of London confirms that London remains the preferred seat for African parties. However, there is growing demand in some African countries — in particular, Nigeria — for a local seat of arbitration. Accordingly, local institutions such as the Lagos Court of Arbitration are actively attracting market share, including from international oil companies.

The enforceability of a resulting arbitration award will also be a critical consideration when agreeing the terms of an arbitration clause. The Convention on the Recognition and Enforcement of Foreign Arbitral Awards 1958 (New York Convention) provides a globally recognized framework for enforcing international arbitration awards. This can be less burdensome than attempting to enforce a foreign court judgment abroad. There are some 159 signatories to the New York Convention, but 20 African countries (such as The Gambia, Sierra Leone, South Sudan and Republic of Congo) are not. For investors in those countries, enforcement will be an issue, especially since they can be some of the continent’s riskiest jurisdictions.

Related to the issue of enforceability is the reality that for investors in African energy projects, the contract counterparty is often the state, or a state-owned company. Historically, many African states did not invest sufficiently in their upfront legal spend. But this has also changed: These governments are now prepared to commit resources by hiring international law firms with the relevant expertise to negotiate complex commercial transactions. There is an obvious inequality of arms when foreign investors come into conflict with the host state. This may take many forms, whether in terms simply of a bold breach or repudiation of a contract, or the use of the apparatus of state to achieve a similar result, such as through, for example, expropriation of licenses or changes to the regulatory or tax framework following the investment.

It is with a view to mitigating these risks in particular that investors now increasingly consider the extent to which investment treaty protection may be available before structuring their investments. Bilateral investment treaties have proliferated in the last 20 years, although it would be right to observe that the ISDS is under increasing strain in recent years. While the conventional wisdom had been that investment treaties provide greater confidence to investors, and therefore promote FDI, modern scholars and practitioners question whether there is any objective evidence to support that correlation. A number of large awards against some developing countries, and the resulting curtailment of the ability of states to pursue policies and react to economic crises without falling subject to treaty claims, has caused concern.

Some developing countries have withdrawn from the Washington Convention, while others, such as India, recently terminated all existing BITs with a goal to renegotiate treaties that recalibrate the balance between investor protection and the state’s power to legislate in strategic policy areas.

Today, there is a growing recognition by African governments that in order to attract international investors they need to embrace international arbitration. Nigeria has been undergoing reform of its arbitration legislation. It remains to be seen whether following the recent elections in that country, the bill introduced in 2017 will become law. It contains many modern innovations, such as an emergency arbitrator mechanism, and the possibility of third-party funding for arbitration, both of which would help make the local arbitration environment more fit for purpose.

However, at the same time, recent revelations that the Nigerian government failed to honor an outstanding multibillion-dollar arbitration award for an aborted gas project will need to be skillfully handled by the government so as not to erode investor confidence.

As part of the development of the oil and gas sector in countries in sub-Saharan Africa, there is an increased awareness of the importance of international arbitration to dispute avoidance and resolution. It is routinely accepted as an international norm for doing business, often supported by international investment treaties. This creates greater confidence among investors, and further development of those economies which will be looking to attract and benefit from their investment.

Leigh's article was originally published in Law360 and can be found here (behind paywall).