This article was originally published in Kluwer Arbitration Blog and can be accessed here.

Air Canada’s Win Against Venezuela: Some Guidance for Future Tribunals?

Bilateral investment treaties depend upon international arbitration as the mechanism to resolve disputes between sovereign states and investors. Although offering obvious advantages over litigation before national courts, investors are not immune from the risk of proceedings becoming destabilized by external factors. A recent example involved Air Canada, the country’s flag carrier, and the Bolivarian Republic of Venezuela (“Venezuela”). An International Centre for Settlement of Investment Disputes (“ICSID”) Tribunal heard the airline’s claim under the 1996 Canada-Venezuela BIT (“BIT”), and on 13 September 2021 awarded Air Canada repatriation of profits which had been held up by Venezuela.  In resolving the dispute, the Tribunal had to confront external challenges arising from the current political conflict in Venezuela, and the procedural implications of US sanctions.

Numerous problems have affected the South American country in recent years – from hyperinflation and a mass exodus of 5.6 million citizens, to a protracted leadership crisis and punitive US sanctions. A new currency was launched in October 2021 with six fewer zeros as the one-million bolivar note became one new Venezuelan bolivar. Air Canada’s investment treaty claim centred on the bolivar’s exchange rate against the US dollar: in particular, the repatriation of outstanding profits by way of exchange between the two currencies.

Submissions were made during the ICSID proceedings about Venezuela’s political turmoil and the impact of sanctions.  The impact of economic and other sanctions on arbitration proceedings is a topic that is gaining currency amongst practitioners, not least because of the practical difficulties that may arise as a result in the conduct of proceedings. The Tribunal’s findings provide valuable insight for international arbitration practitioners, first, into how potentially destabilising obstacles were navigated in determining the award, and secondly, into the application of the fair and equitable treatment (“FET”) provisions in investment treaties – on which arbitral tribunals have taken different approaches.

The Discussion on Repatriated Profits

The airline had a long history of repatriating profits on its Venezuelan earnings by converting bolivars into US dollars via a Venezuelan State commission. Following a significant devaluation in 2014, the bolivar’s exchange rates were altered by the commission. Air Canada suspended its flights to Venezuela shortly afterwards and later initiated arbitration pursuant to the BIT under the ICSID Additional Facility Arbitration Rules. The airline alleged a breach of the protection relating to the free transfer of funds (Art. VIII, BIT), breach of the fair and equitable treatment standard (Art. II, BIT), and expropriation (Art. VII, BIT).

The Venezuelan commission altered exchange rates which had been previously agreed between Canada and Venezuela. The commission had failed to process several of Air Canada’s pending applications for an Authorization for Foreign Currency Acquisition (AAD) to repatriate profits. The Tribunal found that the commission’s unjustified failure to sufficiently address Air Canada’s AAD requests meant that Air Canada were restricted from its right to freely transfer its investments or earnings under the BIT. The Tribunal therefore awarded Air Canada US$ 20,790,574 for repatriation of revenues,  ruling that the airline was entitled to this sum (after set off against money owed to Venezuela as part of the currency exchange) as well as costs and interest. Because there was no finding of expropriation, no additional compensation was awarded.

The Tribunal also awarded damages, finding that Venezuela had breached the protection of the free transfer of funds by failing to process Air Canada’s numerous currency exchange requests and, held that this right was central to the international regime for promotion and protection of investments. Although the Tribunal’s FET discussion was largely obiter, the Tribunal’s approach is worth considering alongside procedural issues relating to political factors and international sanctions, which have become more commonplace in international arbitration. Because there was no finding of expropriation, no additional compensation was awarded.

The parties offered different interpretations of the FET protection under Article II of the BIT. Venezuela argued that the threshold for finding a violation of FET should be assessed in line with customary international law principles, and when considering the reasonableness of state decisions, the Tribunal should take into account public policy reasons. Venezuela thus argued that overall the threshold for violation of the FET standard was high, requiring a more restrictive interpretation. In rejecting it, the Tribunal adopted a purposive approach instead:

“Rather, international law requires this Tribunal to interpret the concept of fair and equitable treatment in a manner consistent with the context of investor-State arbitration and the purpose of the BIT itself: namely investment protection. In this regard, the more liberal approach, which focuses on the broadly consistent elements of "fair and equitable", is appropriate”.

Recognising that a BIT is designed to provide investment protection, the Tribunal decided that, as an investor, Air Canada should be able to rely on it for relief. Venezuela’s actions were found to be arbitrary, lacking in transparency and, by failing to process the airline’s requests for repatriation, the state did not meet the investor’s legitimate expectations. [fn] This is another example, if needed, of a Tribunal finding in favour of an investor because of a sovereign state’s failure to comply with previous representations and follow established processes.[1] [/fn]

Unusually, the Tribunal was confronted with issues stemming from Venezuela’s political difficulties, in particular, the legitimacy of President Maduro, which has been disputed since the country’s 2019 elections. The international community is divided. Notably, the USA, Canada, the UK and the European Union, have extended some form of recognition to opposition politician Juan Guaidó. Claiming to be Venezuela’s Attorney General with exclusive responsibility for the country’s legal representation, one of Mr Guaidó’s representatives argued that the ICSID Tribunal should no longer grant standing to Venezuela’s legal counsel on record, who were appointed by the Maduro government.  This issue is considered in a previous post discussing the potential difficulties arbitrators face when deciding who to recognise as Venezuela’s legal representative.

The Tribunal rejected this position, which permitted the proceedings to continue with Venezuela’s existing counsel. [fn] This approach was consistent with decisions reached by other international tribunals faced with a similar issue.[2] [/fn]

Venezuela’s complex political dynamics do, however, have potential implications for future international arbitration proceedings. Venezuela sought to rely on a quantum expert’s report to rebut Air Canada’s quantum expert evidence. However, because of the stringent economic sanctions imposed by the US, the Venezuelan quantum expert could not corroborate the contents of a report or be available for examination at the hearing. Nevertheless, the Tribunal dismissed Air Canada’s attempt to exclude the report and did consider the evidence, albeit giving it less weight. Circumstances could arise in another Tribunal hearing which might think it inappropriate to admit disputed forensic evidence that cannot be fully examined at a hearing

Keeping Politics out of the Proceedings

Tribunals routinely have to balance the legislative and policy choices of states with investors’ rights, but should external political factors be permitted to disrupt arbitration of BIT claims?

Notwithstanding Venezuela’s complex political situation, the arbitrators reached a decision consistent with international law principles, focusing their analysis primarily on the BIT provisions. Significantly, they did not order Venezuela to replace its counsel and permitted the country to rely on its quantum expert.  By doing so, the arbitrators prevented sanctions or other political considerations from undermining the proceedings.

The Tribunal’s flexibility in this case and its reticence to allow the proceedings to be disrupted should reinforce investors’ confidence in the investor-state dispute settlement process. The case also illustrates how the integrity of an arbitration proceeding can be preserved despite the potentially disruptive effect of sanctions. Tribunals may increasingly be called upon to resolve procedural obstacles created by sanctions, and it remains to be seen whether the system is sufficiently flexible for a similar approach to be followed in future cases.

[1] For example, ESPF Beteiligungs GmbH & others v Italy, involved a claim under the Energy Charter Treaty the state was held to have breached the legitimate expectations of a German investment company through measures that substantially reduced the benefits of a previously established incentive regime in Italy, the Conto Energia Decrees (discussed here). 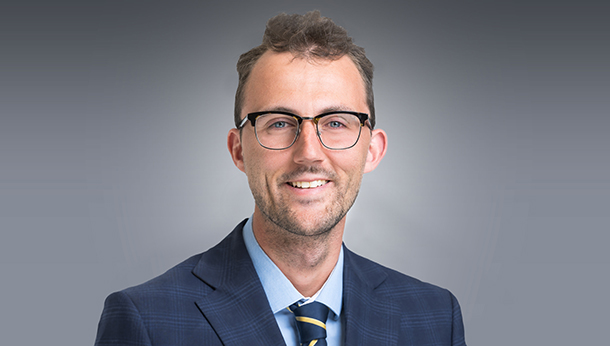