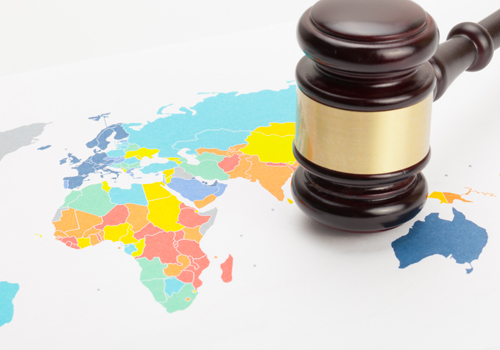 This article was originally published in World Pipelines Magazine October 2019 Issue and can be accessed here.

Read for an investment stampede

Sub-Saharan Africa remains one of the world’s great treasures in terms of its enormous untapped energy resources, but this vast potential has sadly often gone unrealised. Although the challenges are well known (political instability, conflict, corruption and developing legal systems), solutions have often remained elusive. However, there are signs that things are beginning to change for the better.

Over the past two decades, investment in the region has surged as overall economic and political conditions have begun to improve. The region’s oil industry has grown rapidly as major new oil and gas discoveries have been made. There has recently been an annual rise in global upstream oil and gas spending by nearly 4% to US$477 billion. The rise is mainly attributed to the rise in oil prices and a shift to shale gas and projects with shorter construction times. Despite increasing concerns about climate change, the International Energy Agency (IEA) nevertheless expects oil and gas spending to rise to US$505 billion in 2019. Plans are afoot to construct major pipelines, including the ambitious, but delayed, Trans-Sahara Gas Pipeline which is intended to run from Nigeria to Algeria and then to supply the European market.

Of course, Africa is not isolated from the global energy market. As with elsewhere, investment was hit by the oil price slumps of the past decade, however activity has returned since prices have stabilised. Africa is estimated to possess approximately 7.5% of global oil reserves and 7.1% of the world’s remaining gas reserves. Investment activity in the region has therefore risen in line with global demand.

Current consumption patterns require investments in hydrocarbon energy to continue, since renewable energy resources alone cannot meet global demand. The biggest sources of inbound FDI to the region’s energy sector include China, the US, and the EU. However, inbound investment flows can be influenced by both the financial – and reputational – risks that international companies perceive in operating in what can be a challenging environment. In the energy context, those challenges include the involvement of the state or state corporations in investment contracts. This creates an inequality of arms between the parties, particularly in developing countries with less mature legal systems, where foreign investors may be left without an effective remedy before local courts where the host state fails to respect its contractual commitments.

It is axiomatic that business and investment tend to prosper in conditions of economic stability. This includes not only market conditions generally, but also the legal infrastructure for resolving business disputes and adherence to the rule of law. One of the ways in which a more stable legal environment can be achieved is through the use of international arbitration forums to resolve commercial disputes. Arbitration is now a regular feature of international investment contracts, and most standard form industry contracts, such as joint operating agreements, interconnect agreements and revenue sharing contracts, all of which will typically provide for disputes to be submitted to commercial arbitration. Although it is not uncommon now to see such agreements providing for arbitration within the host country, or region, international investment contracts have traditionally provided for arbitration seats in well-established ‘arbitration friendly’ venues such as London or Paris, in order to mitigate the risk of interference by the local court in the arbitration process.

The two leading European arbitration institutions, the International Chamber of Commerce (ICC) Court of Arbitration and the London Court of International Arbitration, have both seen a significant increase in arbitration cases related to Africa in recent years. According to ICC statistics for 2017, both the number of cases and parties from Sub-Saharan Africa using ICC arbitration reached record levels. The ICC apparently views the African continent as a “growth market” for its arbitration and alternative dispute resolution services, as in 2018 it created the ICC Africa Commission. The ICC plans to increase the number of qualified African arbitrators for appointment to tribunals.

This trend to evolve and develop the regional arbitration ecosystem is also reflected in the growth of associations, such as the African Arbitration Association (AfAA) launched in June 2018, with a mission to “promote, encourage, facilitate and advance” arbitration in the continent. It has its headquarters at the Kigali International Arbitration Centre, a regional international arbitration centre. The AfAA plans to encourage African governments to amend and modernise their existing legislative frameworks. South Africa has already led the way in 2017 by replacing its outdated 1965 arbitration law with a new legal framework adopting the UNCITRAL model law (widely considered to be a hallmark of arbitration-friendly jurisdictions). Also in 2017, the Nigerian Federal Government introduced an Arbitration and Conciliation Bill which is intended to repeal and replace the existing 1988 legislation with a modern and more robust framework. However, it has yet to be passed into law.

A stable legal infrastructure alone is not a panacea for all investment risks in the region. The political and reputational dimensions also need to be considered. Investors are reluctant to become involved in projects – even if they are acting with all due propriety – where they risk becoming tainted by association with corruption. The recent Petro-Tim scandal in Senegal highlights such risks, but there are sadly numerous other examples.

In the past, the confidential nature of commercial arbitration, even in cases where a government actor was a party, went some way to addressing that concern. However, the international investor-state dispute settlement system is now under stress from a number of factors. Cases brought by investors under bilateral investment treaties under the Washington Convention, and which are registered with the International Centre for Settlement of Investment Disputes (ICSID), are publicly listed on its website. Important public policy issues often lying at the root of investment treaty claims have led to increasing demands for transparency and public accountability in the resolution of those claims. Indeed, one of the concerns, expressed at the level of the United Nations, is that the current framework for arbitrating investment claims fails adequately to account for the human rights impact of those decisions. This issue has salience in extractive industries generally, and in particular in the SubSaharan region. Claims brought in the English Court against parent corporations such as Vedanta and Shell for human rights and environmental impacts of mining activities, or oil pipeline leaks, shows the contemporary importance of the issue to investment decision-making. International investors and operators are therefore eager to follow internationally accepted guidelines and principles for responsible contracts, and to promote anti-corruption, transparency and awareness of human rights impacts across the supply chain.

At the same time, efforts are underway to tackle corruption across the region. Last year, the leaders of the African Union declared the theme of 2018, ‘Winning the Fight Against Corruption: A Sustainable Path to Africa’s Transformation’. However, there is still a real need to translate good intentions into changed conditions on the ground. According to Transparency International’s 2019 Corruption Perception Index, Sub-Saharan Africa was the lowest scoring region on the index, with an average score of just 32. Speaking of Africa more generally, only eight of 49 countries scored more than 43 out of 100 on the index.

Finally, regional political stability can be fostered through economic co-operation, and pipelines play an important role in incentivising countries to work together for greater overall regional prosperity. This is all the more so given the current state of the regional transportation infrastructure, and a lack of marine oil and gas terminals in most areas. Pipelines offer an efficient way to bring oil and gas to market faster, and with lower transport costs.

In 2019, Nigeria and Morocco announced the completion of a major feasibility study into a 5700 km pipeline that is intended to run from Nigeria to Morocco, through some 13 African states. The proposed pipeline will bring energy supplies to Africa’s Mediterranean coast, where it will connect directly to an existing pipeline to Europe. The project is no doubt ambitious, and opinions are divided as to its prospects of success. It remains to be seen whether the recent elections in Nigeria will alter this prognosis, and the anticipated timeline for completion. History shows that pipelines constructed on a smaller scale have taken many years to negotiate with the countries involved. Nevertheless, it is reasonable to hope that political and economic co-operation will become more commonplace across the region.

With complex international pipeline projects of this kind on the horizon, and increasing international investment, the future of international arbitration is bright in Sub-Saharan Africa. It is reasonable to expect further development of the ecosystem as governments continue to modernise legislation, and regional institutions take root and train a greater pool of arbitrators experienced in the business and cultural norms of the region’s leading industries. This will give international investors and governments increased confidence that investments are underpinned by a reliable and transparent system of redress.