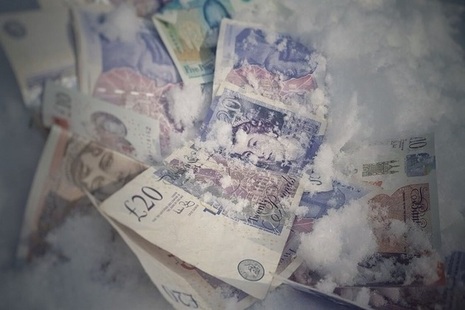 This article was originally published in Thomson Reuters Regulatory Intelligence and can be accessed here.

The OFSI was created in 2016, as part of Her Majesty’s Treasury, to oversee the implementation and enforcement of domestic and international financial sanctions in the UK. OFSI gained power to enforce UK sanctions and impose financial penalties by The Policing and Crime Act 2017.

This is the third financial penalty imposed by the OFSI after two earlier financial penalties imposed against Raphaels & Sons plc trading as Raphaels Bank (“Raphaels Bank”) in the reduced sum of £5,000, and a second fine against Travelex UK Limited in the sum of £10,000.

The most recent announcement reflects that the OFSI continues to play a more serious role as an enforcing body and those risks remain for UK corporates and financial institutions in fully complying with sanctions. With the ever-changing world of sanctions, compliance remains an important business concern for all institutions. A sanction related conviction or a monetary fine as a result of breach of sanctions can cause irreparable reputational and commercial damage to any entity.

In its most recent announcement, the OFSI fined a UK subsidiary of an international tier 1 telecoms carrier, called Telia Carrier UK Limited (“Telia”) for indirectly facilitating international telephone calls to SyriaTel, a designated entity under EU financial sanctions on Syria, implemented by the Syria (European Union Financial Sanctions) Regulations 2012. This monetary penalty reflects the highest fine ever issued by the OFSI in the initial total sum of £300,000. The penalty was reduced by over 50% to a final sum of £146,341 after Telia exercised its right to a  Ministerial review.

In comparison to the enforcement regime implemented by the OFAC of the US Administration, being the US equivalent of the OFSI, the level of fines imposed by the OFSI is incomparable to those imposed by the OFAC. In 2019 alone, the value of monthly penalties and settlements involving the OFAC stands at a total of USD1,288,112,800.

In its third imposition of fines for breach of sanctions, the OFSI found that:

(a) Telia had indirectly facilitated international telephone calls to SyriaTel, an entity designated by the Council of the EU. This effectively resulted in Telia repeatedly making funds and economic resources indirectly available to the designated entity; and

(b) that, on balance of probabilities Telia breached prohibitions imposed by or under financial sanctions legislations, and knew, or had reasonable cause to suspect, that they were in breach of these prohibitions.

This decision is of significant importance to all regulated entities and corporates including financial institutions:

i. The decision illustrates that “economic resources” can cover a wide variety of tangible and intangible resources and can be provided directly and/or indirectly.

ii. The OFSI continues to develop as an enforcement agency, and it is crucial for financial institutions to conduct frequent audits and reviews to recognise any breaches of sanctions and take immediate action to stop their activity and self-report to the OFSI. The course of action adopted in this case reflects that self-reporting can have a significant impact on the value of any fines and the way investigations are handled by the OFSI.

In the earlier case involving Raphaels Bank, the concerned financial institution had self-reported a breach of regulation 3 of the Egypt (Asset-Freezing) Regulation 2011 (S.I. 2011.887) by dealing with funds belonging to a designated individual under this regime. The value of the transaction was £200, and the OFSI initially assessed a penalty of £10,000 which was reduced by 50% because of Raphaels Bank’s self-reporting and cooperation with the investigations. Furthermore, OFSI Guidance clearly provides that “Voluntary disclosure may be a mitigating factor in our assessment of the case. It may also reduce the level of penalty we impose.”

iii. The OFSI Guidance provides that the subject of the monetary penalty can make a written presentation within 28 days of receipt of a notice of penalty from the OFSI, on any relevant matter. Section 147 of the Policing and Crime Act 2017 further provides a right to a ministerial review to the Economic Secretary to the Treasury (“EST”) followed by an appeal to the Upper Tribunal on any penalty impositions by the OFSI.

In this case, Telia initiated a ministerial review through the EST who subsequently reduced the fine to £146,000. It is reported that this reduction was decided following the submission of additional evidence by Telia. This is despite that, the OFSI’s existing guidance provides new evidence will not normally be considered in any review.

The reduction of the fine in this case and the submission of additional evidence by Telia, reflects the importance for financial institutions to ensure: (a) existing systems and procedures provide appropriate means for sufficient record keeping; (b) historical records are easily accessible in the event of a review; and (c) that in any breach of sanction investigations the targeted entity conducts a careful review of all relevant material to present a comprehensive picture to the relevant authorities. This will ease the process for any internal or external audits and investigations in the event of a potential accusation for breach of sanctions.