Oil and Gas Arbitration in Africa by Robert Maxwell Marsh 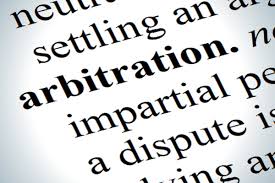 The oil and gas industry is a critical element in Africa’s economic development. The continent already has a number of the world’s top oil-producing countries including Nigeria and Angola. Although political instability and commodity price volatility continue to challenge projects, recent discoveries of oil, such as in the Gulf of Guinea, continue to create new investment opportunities and new producer states like Sierra Leone and Liberia.

From the perspective of foreign investors, however, issues of elevated financial risk, lack of transparency, and concerns about ease of doing business, have presented challenges. Bilateral Investment Treaties (“BITs”) have long been regarded as a means of protecting private investment by nationals and companies of another state. However, there is a growing scepticism amongst many African governments of BITs, which are increasingly perceived as looking after the interests of foreign investors to the detriment of the host states’ needs to transform their economies. This view is not helped by stabilisation clauses contained in BITs or international commercial contracts, which have traditionally given investors the right to sue a state if the terms on which they invested change.  There is concern that this inhibits governments’ policy choices when adapting to the changing needs of emerging markets. Such scepticism has been coupled with an unwillingness in many African countries to accept foreign rulings over their national resources. As this sector continues to change and develop it will generate an increasing number of disputes which fall to be resolved through international arbitration.

Many African governments initially entered into concession agreements with international oil companies which gave exploration and development rights over large areas and ceded complete control over development and production. Today, production sharing agreements are more common, and outline exploration and production rights and obligations between the parties and how the resource will be shared if discovered in commercial quantities. There may also be joint operating agreements with consortium companies as well as contracts with third party exploration, drilling, transportation and marketing companies.

So-called ‘resource nationalism’ aims to harness more wealth for African states by increasing state intervention in the resource sector. This includes trying to nationalise energy resources or change the terms of contractual obligations, which often breaches the protections given to foreign investors in agreements or BITs. Sierra Leone recently cancelled iron ore mining licences and banned exports amid a dispute over royalty payments. This led to an emergency ICC arbitration. Even though the tribunal ruled the exports ban should be lifted, the Sierra Leonean authorities refused to do so. Likewise, some African governments have enacted statutory or regulatory requirements whereby a percentage of the goods and services at each stage of the value chain are required to be locally supplied. Such requirements are easily overlooked by foreign contractual draughtsmen and can be fertile ground for disputes.

When it comes to invoking rights to arbitrate, several prominent African countries, including Angola, which is a significant oil producer, are not party to the ICSID Convention. Many foreign investors have also found themselves subject to parallel proceedings, where local courts have simply ignored arbitration agreements and progressed local proceedings despite the arbitral procedure.

Just over half of African states are signatories to the New York Convention and many do not have modern arbitration laws. This may cause issues in enforcement of international arbitration awards, particularly if enforcement is dependent on national law or on local courts who may be unfamiliar with the procedure. Nigeria is a party to the New York Convention, but its courts have recently refused to enforce a controversial multi-billion-dollar LCIA arbitration award against a state-owned entity, notwithstanding that the English courts upheld the validity of the award[1] .

Despite these concerns, international arbitration remains the first choice for dispute resolution of most foreign investors in the African energy sector. BITs may also evolve to provide more room for African’s transformational needs. It remains to be seen whether African parties will increasingly seek to have disputes resolved locally and to further develop their own regional or national African arbitral institutions as investment in the continent increases. If so, this may be a route to increase African states’ confidence in the validity and enforcement of arbitral awards.

[1] Process and Industrial Developments Ltd v Federal Republic of Nigeria [2019] EWHC 2241 (Comm). Nigeria is actively seeking to overturn the decisions and has recently been granted permission to appeal the English first instance judgment