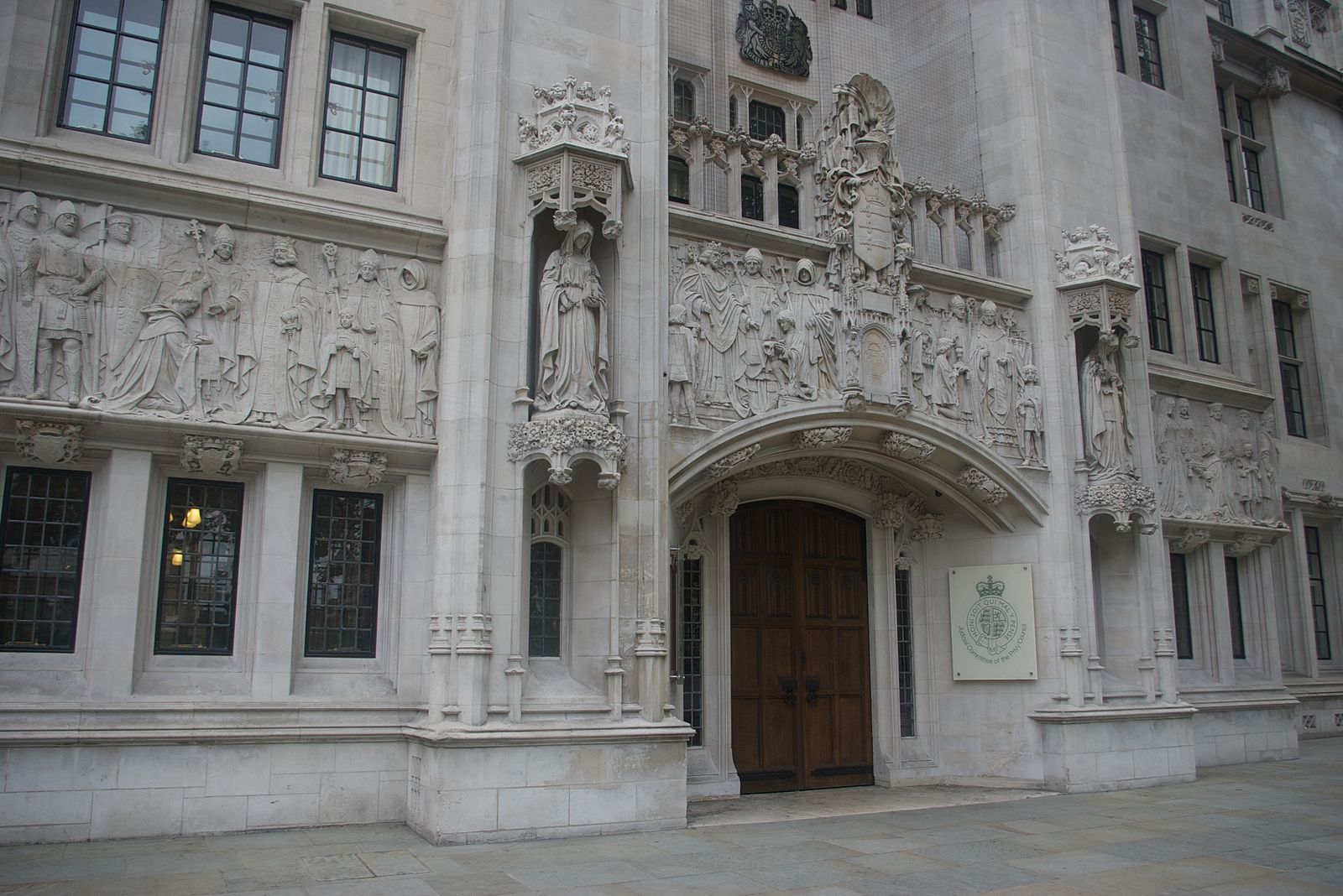 In unanimously dismissing Halliburton’s appeal, the Supreme Court has brought finality to the issue of whether or not there is a legal duty on an arbitrator to disclose an appointment in another arbitration, which involves a common party and the same or overlapping subject matter. It has further sought to provide clarity on the relationship between the duty of disclosure and the obligation of confidentiality in arbitral practice, whilst exercising care to recognise the idiosyncratic practices of specialist arbitral associations such as GAFTA and the LMAA.

Whilst some of the immediate points of interest and potential queries are addressed below, it is clear that it will take some time before the practical effect of the Supreme Court’s guidance is known, including the impact, if any, on London’s position as a premier venue for the resolution of international disputes.

Following a trial in the US in which judgment was given apportioning blame between the parties, the Appellant concluded a settlement to agree the amount of damages.  The Appellant sought to claim a proportion of this settlement under its insurance policy. The Respondent declined to pay the Appellant’s claim.  Arbitration was commenced.  Both parties selected their own arbitrator, but the parties were unable to agree the Chairman of the arbitration. This resulted in an application to the High Court, the result of which was that the Respondent’s first-choice candidate "M" was selected.  (The Supreme Court did not consider that the protection of the reputation of M, Mr Rokison, who had a long-established reputation for integrity and impartiality, was a sufficient ground for his anonymity to be maintained.)

The appeal arises out of the discovery by the Appellant in 2016 that subsequent to Mr Rokison’s appointment and without the Appellant’s knowledge, Mr Rokison had accepted appointment as an arbitrator in two other arbitrations, both of which arose out of the same Deepwater Horizon incident: (i) Transocean’s claim against the Respondent; and, (ii) a nomination by another insurer to arbitrate another claim by Transocean arising out of the same incident.

In December 2016, the Appellant applied to the Court to remove Mr Rokison as arbitrator.  That application was refused. The Appellant then appealed against the decision that there were no grounds for removing Mr Rokison under section 24(1)(a) of the Arbitration Act 1996 (“AA 96”) [the statutory power of the English Court to remove an arbitrator on the application of a party to an arbitration on the ground “that circumstances exist that give rise to justifiable doubts as to his impartiality”].  The Court of Appeal dismissed the appeal.  The decision of the High Court was affirmed, and the appeal dismissed.  The Appellant appealed this decision to the Supreme Court.

The Appeal before the Supreme Court

The issues before the Supreme Court were:

Lord Hodge’s analysis of the issues, and later application of the facts, is premised on a number of legal principles, of which the Supreme Court in its Press Summary highlighted the following:

As a consequence of the above analysis of the legal position, the Supreme Court held as to the first issue, and in line with the submission of the LCIA (one of five interveners), that “There may be circumstances in which the acceptance of appointments in multiple references concerning the same or overlapping subject matter with only one common party might reasonably cause the objective observer to conclude that there is a real possibility of bias” [152].  That assessment by the fair-minded and informed observer and the conclusion that will result “will depend on the facts of the particular case and especially upon the custom and practice in the relevant field of arbitration” [152].

Lord Hodge stressed that there is no difference between the test in s24(1)(a) of AA 96 for the Court to remove an arbitrator – “that circumstances exist that give rise to justifiable doubts as to his impartiality” – and the test at common law for the fair-minded and informed observer to conclude there is a real possibility of bias [55].  He also confirmed that the date at which the assessment of impartiality should be carried out is at the date of the hearing to remove the arbitrator [127 - 131].

As to the second issue, the Supreme Court held, and in line with the submissions of the LCIA, ICC and CIArb, that the duty of disclosure is not simply good arbitral practice, but is a legal duty in English law [76], embodied in a tribunal’s statutory duty  to “act fairly and impartially” as set out in s33 of the AA 96. However, that legal duty to disclose matters which might reasonably give rise to justifiable doubts as to his or her impartiality does not override an arbitrator’s duty of privacy and confidentiality in English law. Consequently, where such a disclosure is required to be made, but the information to be disclosed is subject to a duty of confidentiality, an arbitrator will need the consent of the party/ies to whom that duty attaches to make the disclosure.  Such consent could be inferred from the arbitration agreement in the context of the custom and practice in the relevant field of arbitration [88-104].

However, a failure to make disclosure will not necessarily result in an arbitrator being removed.  Instead, that failure is a factor that the fair-minded and informed observer would take into account when assessing whether there is a real possibility of bias [155]. That objective assessment of the potential failure to disclose will involve consideration of the “facts and circumstances as at and from the date when the duty arose” [156] (an earlier point in time than the assessment of whether there is a real possibility of bias).

Whilst Lady Arden recognised that a failure to make disclosure could carry no sanction if an application under s24 AA 96 fails (as was the case here), she sought to draw a parallel with breaches of contract under English law that do not cause the innocent party loss: “it would still be a breach of the terms of appointment with such consequences, if any, as the law of contract prescribes.  In addition, a person may commit a breach of contract but incur no liability as a result, and the situation postulated falls into that category” [169].

Applying the above to the facts of this case, the Supreme Court held that Mr Rokison was under a legal duty to disclose his appointment in the subsequent arbitration involving the Respondent and Transocean since his appointment might reasonably have given rise to a real possibility of bias [145], and that he had breached that duty. However, when applying the facts and circumstances known at the date of the hearing at first instance, the Supreme Court held that the fair-minded and informed observer would not have inferred from Mr Rokison’s failure to make disclosure that there was a real possibility of bias. The Supreme Court pointed to five facts to reach this decision [149 - 150]:

It was for all the above reasons that the appeal failed.

As with any highly-anticipated judgment, and with the Supreme Court having in October grappled with the law of arbitration agreements in Enka v Chubb as a precursor, commentators in the international arbitration community will be quick to share their views on the judgment.  What will take more time is to see the practical effect of the Supreme Court’s analysis and guidance on applications made to the High Court to remove arbitrators, as well as the impact, if any, on London’s position as a premier venue for the resolution of international disputes.

Comment is likely, in particular, to focus on the potential scenario that a failure to make a material disclosure by an arbitrator may not be fatal to her/his involvement in one or more arbitration.  Whilst this has, to a certain extent, been presaged by Lady Arden’s analogy with a breach of duty in contract law that causes no loss, arbitration users with London-seated arbitrations (and/or with arbitration agreements providing for this) may have preferred significant and discernible consequences to follow a material non-disclosure.

Further, by the Supreme Court’s regular references to practices and customs that exist within certain fields of arbitration, and the relevance of this to the duty of disclosure and the test for appearance of bias, the judgment could be said to provide less clarity of the position under English law than might perhaps have been thought at first sight.

However, not only is the judgment highly fact specific, but it is undoubtedly impossible in the context of international arbitration practice and culture, that is by its nature multiform, to apply an enunciated and inflexible principle applicable to different factual scenarios and contexts.  Indeed, this was an ad-hoc arbitration, and had it proceeded under the auspices of the LCIA or the ICC, the institutional procedures available to parties may have caused a different result.  In addition, an arbitrator in Mr Rokison’s shoes in an institutional arbitration would also have had reference to that institution’s guidance notes, notes which we may well see updated in light of the Supreme Court’s judgment.

Further, it should be borne in mind that the first of five factual reasons given by the Supreme Court as to why the fair-minded and informed observer would not have inferred from Mr Rokison’s non-disclosure that there was a real possibility of bias, was that the English law position on whether he had a duty to make disclosure was not clear.  That now no longer being the case, an arbitrator who does not make disclosure in similar factual circumstances may well find that the Court accedes to an application for her/his removal.

Russell Strong is a specialist international arbitration solicitor at Zaiwalla & Co, a leading arbitration and litigation City firm. He is regularly instructed to act in high value, multi-jurisdictional claims, including contractual disputes, shareholder petitions, and issues arising out of the international carriage of goods.