The role of Trade and Investment in a changing world – 5/6 March 2019, New Delhi 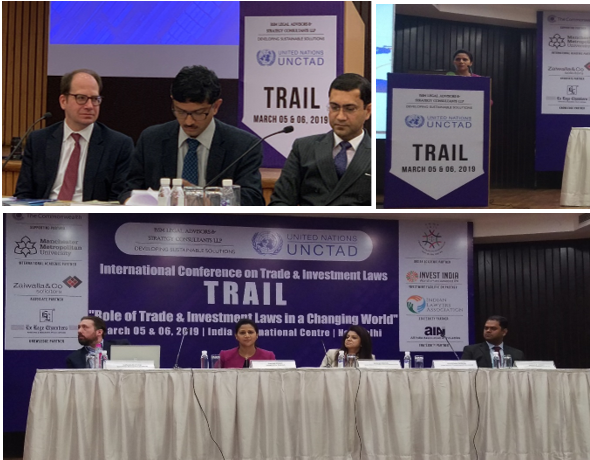 On the first day, discussions covered the Role of Trade & Investment Laws in a Digital World. Presentations were given by Mr. Sudhanshu Pandey – Additional Commerce Secretary of India and Mr Abhijit Das,  Head of the Centre for WTO Studies, Government of India.

Leigh Crestohl participated in a round table on Post Brexit: India’s Engagement with UK and the EU. This was led by Mr. Santanu Mukherjee, an Advocate at the Supreme Court of India. Senior Trade Officials from the UK High Commission and the EU also participated.