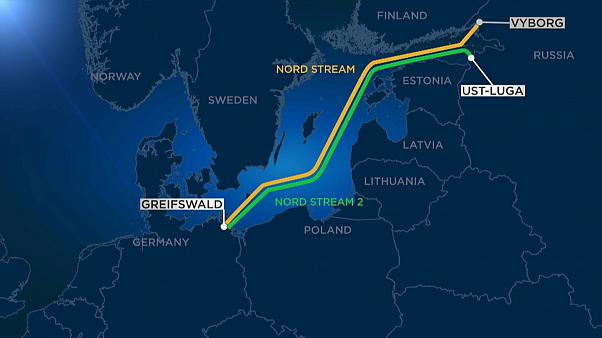 The Nord Stream 2 Pipeline will export natural gas under the Baltic Sea from Russia into the European Union. This will enable Russia to its increase gas exports to Germany, while providing significant strategic and economic value to Germany and the surrounding countries in Western Europe. However, the view from the East is different. Ukraine, Poland and other East European countries consider the pipeline to be a threat since it will bypass them. As a result, Russia will further increase its leverage over those countries and potentially allow it to reduce, or even halt gas supplies to Eastern Europe completely, without impeding Russia’s capacity to deliver gas to its key customers in Western Europe.

Price is another factor. Nord Stream 2 will provide Western European countries with relatively cheap Russian gas at a lower cost than the Liquified Natural Gas (LNG) alternative. Currently, Russia supplies roughly 40% of the EU's total gas demand - just ahead of Norway, the second largest supplier. In aggregate, the new pipeline will boost the total amount of gas supplied under the Baltic to 55bn cubic metres a year.

In December 2019, the U.S. Government imposed sanctions targeting firms building Nord Stream 2. The U.S. considers the project a security risk to Europe. Both Russia and the EU have strongly condemned the U.S. sanctions. Congress voted through the measures as part of a defence bill in December 2019 and the legislation, which described the pipeline as a "tool of coercion", was signed into law by President Trump immediately after its passing.

The U.S. Government and Congress are concerned that the pipeline will tighten Russia's grip over Europe's energy supply and reduce U.S. own share of the European market for American liquefied natural gas. President Trump went as far as saying that the pipeline would turn Germany into “a hostage of Russia”.

Even before the sanctions went into effect, leading U.S. senators, Ted Cruz and Ron Johnson, sent a letter directly to the Director General of the Swiss shipping company Allseas Group SA Edward Heerema, son of the late Pieter Schelte Heerema who founded the company. In this letter, the Senators promised devastating consequences for the company if it continues its work on the Nord Stream 2 project:

"We understand that Russia is paying Allseas a very considerable amount of money to complete the Nord Stream 2 pipeline. However, the consequences of your company continuing to do work – for every single day after the President signs the sanctions legislation – would expose your company to crushing and potentially fatal legal and economic sanctions.”

As a result, Allseas, a Swiss-Dutch company involved in the project, stated that it suspended its pipe-laying activities in anticipation of the sanctions. https://allseas.com/news/allseas-suspends-nord-stream-2-pipelay-activities/

Although this development is unlikely to prevent completion of the pipeline, this will delay its completion. Neither Gazprom, a Russian gas company behind the project, nor any other Russian company has their own capabilities to lay pipelines under the surface of the sea. It will take Gazprom some time to develop its own rudimentary capabilities in undersea pipeline laying or source another company (most likely to be a Russian company) to do so which would not be concerned about the consequences of the sanctions.

President Putin stated that the project, which was expected to start in the first half of 2020, would be delayed "several months" and would be completed in the first quarter of 2021. https://www.rferl.org/a/merkel-putin/30371455.html

German Chancellor Merkel reacted angrily to the imposition of the sanctions stating that she was "opposed to extraterritorial sanctions" against the Nord Stream 2 project. German foreign minister Heiko Maas went even further stating that the sanctions amounted to "interference in autonomous decisions taken in Europe".

In reality, though, Germany has limited resources to retaliate against the U.S. by, for example, imposing its own sanctions on U.S. companies. The U.S. is a significant export market for the export-driven German economy and the current U.S. administration is well known for not being shy to escalate trade disputes by imposing additional sanctions on its main trading partners. Therefore, the German Chancellor has made a well thought through statement that Germany does not intend to retaliate.

However, Germany has other leverage on the sanctions front. For example, effectiveness of a range of U.S. sanctions on Russia depends to a very large extent on the cooperation and mirror sanctions imposed by the EU on Russia. Germany and the EU are a much more significant trading partner for Russia than the U.S. German and EU companies can easily replace U.S. firms and U.S. technology (especially in the energy sector) in Russia should Germany decide to advocate relaxation of EU sanctions imposed on Russia.